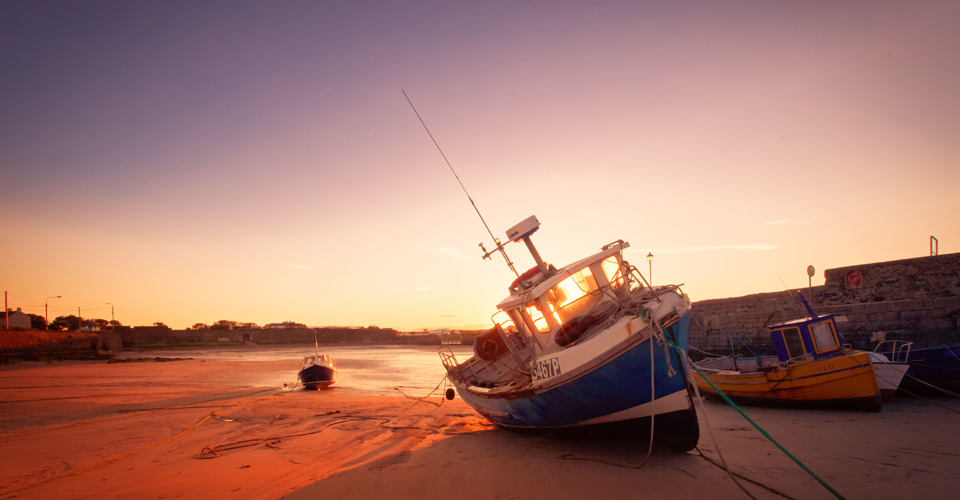 Rush (Irish: Ros Eó, meaning “peninsula of the yew trees” pronounced [ɾˠoːsˠ oː], officially An Ros) is a small seaside town in Fingal, County Dublin, Ireland. It lies on the Irish Sea coast between Skerries and Lusk. It had a population at the 2011 census of 9,231.

Rush was once viewed as the heart of market gardening in Leinster and many people were employed in agriculture. Nowadays, however, horticulture and agriculture have been superseded by Rush’s increasing role as a “commuter belt” town.

Rush has two sandy beaches, called the North Beach and South Beach, which are separated by the rocky head of the peninsula and a small tidal harbour, Rush Harbour. The peninsula is the closest point of land to the privately owned Lambay Island. The prevailing winds and tides make Rush South Beach an extremely popular kitesurfing location while its sand and dunes attract many visitors. Close to the south shore is 9 hole golf links. In the past, Rush had many caravan sites which were popular for summer holidays. It still has some caravan sites close to its beaches.

Rush sailing club is also located near the south shore and operates from a second harbour, Rogerstown harbour, situated on the Rogerstown Estuary, known locally as ‘the pier.’ This harbour is also used by a supply boat, The Shamrock, which provides supplies for the inhabitants of Lambay island.