The outcome of the meeting is as follows:

Routine policing services for the Rush area continue to be provided from Lusk Garda Station, supported where necessary by Gardaí from Skerries and Balbriggan.

In preparation for the implementation of the new Operating Policing Model, Rush Garda station now accommodates a newly formed Divisional TUSLA Liaison Unit. The unit is the central point of contact between AGS and TUSLA within the DMR North Division. The station also provides a victim room for use by investigating Gardaí and vulnerable victims. The unit comprises a Sergeant and eight plainclothes Gardaí and is supervised by an Inspector and Detective Superintendent. The TUSLA liaison team are a specialised unit and will not be dealing with general policing matters.

To support policing efforts in the Lusk/Rush area, extra Gardaí have been allocated to Lusk Garda Station in recent weeks. These members will increase visibility and the responsiveness of service. 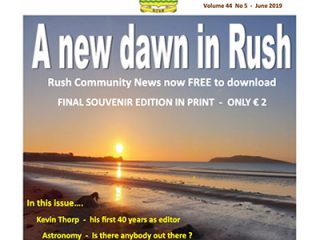